Moses Elias Levy became an absentee land owner of a large tract of Northern Florida. He moved there from the Caribbean after the U.S. acquisition of the state from Spain in 1821, foreseeing the consequent demand for land. Ultimately, he aspired to creating a haven for oppressed Jewish families like his own. The area along Lake Jesup, that is now Winter Springs, became a tug of war between Levy and the Gee family who claimed the land. The courts eventually upheld Levy’s Spanish land grants in 1852, but not before his funds were much depleted. His colony, located further north near Micanopy, failed and was destroyed completely during the 2nd Seminole War. In the second half of the century, however, industries grew as wharves were built on the Lake Jesup shore and the area developed as a port serving the steamboat traffic on the St. John’s River system. 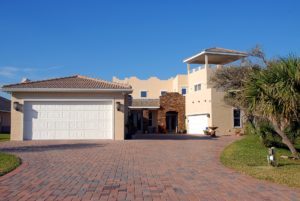 It was as recently as 1959 that the area was incorporated — as North Orlando — with just 600 residents. The nearby University of Central Florida and its adjacent Research Park, the area’s aerospace industries and, of course, Walt Disney World have fueled the growth of the city since then. Today it is the City of Winter Springs with a population of over 40,000 and is regularly placed on the ‘best places to live’ lists of such publications as Money magazine and the Orlando Sentinel. Its location on Seminole Way, Central Florida’s high tech corridor, heralds continuing growth in the 21st century.

Winter Springs has become a desirable location for business professionals and its highly rated schools, low crime rate and nationally recognized parks make it a great area for families. There are established and new residential neighborhoods presenting a full range of single family, condominium townhome and apartment options. The median Winter Springs home for sale value is $246,000. The cost of living is higher than the Florida average and unemployment lower. Average household income is $88,000. The Winter Springs’ Town Center was developed to provide a mix of single and multiple family dwellings in the heart of the city and designed as traditional streets and squares. It is also a place to relax, shop, dine and for entertainment and community events, the chief one being the annual Winter Springs Festival of the Arts.

The area is well known for its parks and trails featuring scenic lakes and forests. It is connected to the Florida Natural Scenic Trail System on the Cross-Seminole Trail. Outdoor activities include biking, hiking, fishing and boating, and city facilities provide organized sports. Winter Springs has five elementary schools, one middle school, and one high school. Nearby post secondary institutions include the University of Central Florida and the Oviedo campus of Seminole State College.

Homes For Sale In Winter Springs