Searching for Chuluota real estate? Browse homes for sale and find the perfect one.

Like the tortoise, Chuluota residents prefer the slow and steady approach – no fast hare-like sprawling growth in their town. Still, there are plenty of viable Chuluota real estate options available for you and your family. 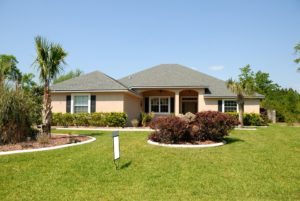 Chuluota is a place where people care about preserving the rural lifestyle that is fast disappearing in so many other Central Florida communities. It is a place where residents can still look out of their windows and regularly glimpse otherwise rarely seen birds, deer, turkey, and tortoise, although marsh rabbits are more likely seen than hares.

The area that once teemed with deer, hogs and other wildlife, was settled in the decades following the Civil War. Cattle ranches, orange groves and turpentine production established an attractive and potentially prosperous live, work and play environment. Chuluota was possibly the name of a Seminole village previously located there, and was selected by an early pioneer, Robert A. Mills, It is pronounced Choo-lee-oh-ta and means “Pine Island” or “Land of Lakes and Pines.” Mills moved from a newspaper career in Illinois and Iowa to an agriculture-focused one in Florida. He became a land agent and laid out the first streets and lots in Chuluota, all the while continuing to write political news articles.

Survival of the town has been challenging. In the 1890s, Henry Flagler of the Florida East Coast Railroad planned a community to compete with Orlando as the trade center for the area. The mid-1890s freeze ended the citrus industry as it did throughout the region. The bursting of the 1920s Florida real estate boom in 1925 followed by the Depression virtually killed Chuluota’s development for many years. It was the post World War II housing boom that renewed interest in Chuluota. Small houses were built as affordable housing for the working class.

As industries opened up central Florida during the 1960s, followed by Disney World and the industry it spawned in the 1970s, the quiet, rural peace of the area was discovered by newly arriving residents. Today, Chuluota’s primary challenge is not freezing orange groves or failing land speculators. It’s achieving a balance between industrial and residential development and maintaining the rural quality of life that is attracting people to it. Fortunately, despite the influx, population is still under 2,500 and most Chuluota real estate offerings are affordable, with the average home price being in the $200,000 to $300,000 range.. 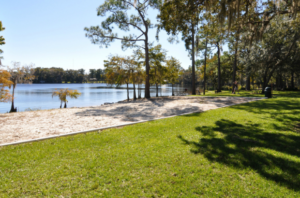 There are several small industries, and even a butterfly farm in town. The area has good hiking, biking and walking trails. There are a number of lakes, the largest being Lake Mills, named for the town’s founder. Adjacent Lake Mills Park has many amenities including an amphitheatre, picnic pavilions and a beach for swimming. The Chuluota Wilderness Area is a 625 acre natural area where wildlife is a primary attraction. It’s an area for the family that loves the outdoors and doesn’t mind the fact that there is only a K-5 public and a K-8 private school in town. Older children attend school in Oviedo and other nearby centers.

If you’re prepared to maintain the slow pace of the tortoise and help moderate the development-crazy hares in their rush to drive wild animals and birds out of existence by thoughtless town planning, then Chuluota welcomes you. Let Gitta Sells set you up with the Chuluota real estate property of your dreams today! Browse our homes for sale below and give us a call today.

Homes for Sale in Chuluota