Looking For Sanford Homes For Sale? Your Lake Mary Realtors Have You Covered. 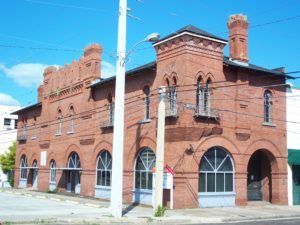 Henry Shelton Sanford was quite a character. He began life as a wealthy diplomat, businessman and aristocrat who became United States Ambassador to Belgium. River transportation became his ‘thing’ and he invested heavily in both Africa, where he operated the first steamboat service on the Congo River, and in Florida, where he created The Gateway City to South Florida on the south coast of Lake Monroe, controlling navigation on the St. John’s River. Unfortunately, neither these nor any of his other financial enterprises were successful; but in Sanford, Florida, he is still recognized, and his memory preserved.

Sanford was laid out on a grid by its founder with north-south streets named for trees and east-west street numbered. Southern hospitality welcomes everyone to the city’s beautiful brick streets which are lined with Victorian lamps, century homes, oak trees and Spanish moss. Located halfway between Orlando and Daytona Beach, it is still an important part of a transportation network, although not so much on the water as Henry Sanford envisioned. Instead it is the southern terminus of the Amtrak’s Auto Train, has a stop on the SunRail commuter rail system, has shuttle service to adjacent Orlando Sanford International Airport and is on the haunted section of Interstate-4. The highway travels over “The Field of the Dead” where ghostly sightings are attributed to an immigrant family that died of yellow fever and was hastily buried before the rest of the pioneers who bought Henry Sandford’s 10 acre lots deserted the area. Today, they’re somewhere under that stretch of Intestate-4, and ghostly sightings continue.

Ghosts aside, Sanford is the county seat of Seminole County and a cultural and business hub of central Florida – a vibrant, safe city in which to go to college, raise a family, and to retire. Shopping is excellent and there is live theater as well as cinemas and museums to meet the needs of the growing population. This is now close to 60,000 residents with the average single family home price currently in the mid $270,000s. 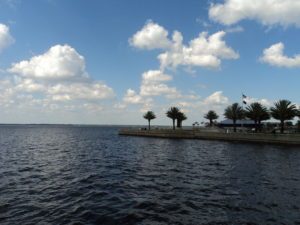 The city has a hiking/biking trail, River Walk, along its waterfront, and there are many other hiking trails, a number of parks, sports complexes and recreation centers. Let’s not forget to mention historic Sanford Memorial Stadium, where such greats as Babe Ruth, Jackie Robinson, Willie Mays played. The City of Sanford works hard to be green and proposes to replace all its streetlamp bulbs with LED lights. There are five electric car charging stations and free WiFi in the downtown.

Sanford ranks on niche.com among the top ten Florida suburbs with the best public schools. There are 25 public schools and a number of private schools to serve families in this city where residents are invited to become actively involved in city planning and improvement ideas.

If you see yourself engaging with your community, taking part in events – perhaps being a fearless innovator like Henry Sanford, then you’ll find your place among the enthusiastic residents of Sanford. The Sanford real estate market is hot, and there’s no better time for find your perfect home for sale.

Homes For Sale In Sanford