Discover Oviedo real estate and see why this is one of the best places to live in Florida.

A bustling city that maintains a downtown where the chickens can still cross the road, Oviedo truly has it all. 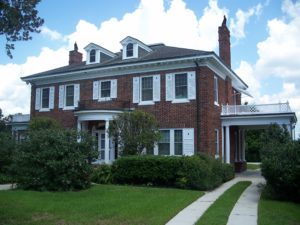 Like the rest of central Florida, Oviedo real estate has seen phenomenal growth in recent years. New subdivisions, new schools, and new shopping centers are replacing the small town country living atmosphere that used to dominate. But the chickens are still there, roaming the downtown, fed by local merchants and residents.

While chickens likely roamed the streets in bygone days, they are not exactly a something newcomers expect to see today when they visit the bank or stop for coffee. However, Oviedo chickens – and the rooster who crows each morning – are a beloved part of the charm of the city. They are even celebrated with slogans like “Poultry in Motion” on t-shirts and coffee mugs and a rooster features on the city’s welcome signs.

Once rural and famed for orange groves and celery, today’s Oviedo has seen extremely rapid growth with new communities being built to meet the demands of the influx of new residents. It is well known for its historic buildings and homes, and the live oaks that surround them and is ranked as one of the best places to live by many national publications. The population is now nearly 40,000 – unimaginable when an early area settler, Andrew Aulin, set up a post office for the area naming it after the city in northern Spain which he thought would match the Spanish name of Florida.

Oviedo is about a thirty minute drive from Orlando, but unlike many of the towns surrounding that city, it was not Disney that sparked its growth. It can, more likely, be attributed to the selection in 1964 of a location just outside the city for what is now the University of Central Florida. The growing reputation of the university, through the 1960s and early 1970s, led to the establishment of the Central Florida Research Park and the many organizations it has become home to. Oviedo’s development from rural community to burgeoning city grew in tandem with the associated business and industry. Unemployment in the area is remarkably low.

Oviedo real estate, and the amenities of the area, offer something for everyone. A newly developed town center, named “Oviedo on the Park“, is a mixed use development with townhouses, apartment homes, restaurants, and retail. Center Lake Park features a man-made lake, amphitheatre and playground. The Gym & Aquatic Center has an Olympic-sized pool, waterslide and kid’s water park. Riverside Park has tennis courts, a skate park and another swimming pool. New medical facilities include the Oviedo Medical Center and Oviedo ER, a department of Central Florida Regional Hospital. Golf, boating, kids’ leagues and many more activities are available for all family members, and there are airboat rides, gator displays and The Rising, an annual tour of historic sites, which takes place at the end of October, featuring actors portraying Oviedo’s founders. 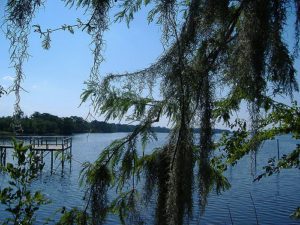 Family-oriented Oviedo has numerous housing developments to attract families and an average home price in the upper $200,000s. The six elementary, 3 middle and 2 high schools come under the Seminole School District which is one of the best rated in Florida and there are several private schools. In addition to the nearby University of Central Florida, there is a campus of Seminole State College of Florida and the Reformed Theological Seminary campus. There is a bus service to augment driving around town.

Oviedo is a beautiful town of lush natural landscapes full of live oaks, lots of history and all the amenities needed to accommodate modern families — and chickens, too!

Homes For Sale In Oviedo