Looking for Oakland real estate for sale? You’ve come to the right place

If you’re looking for a new home in Central Florida, you’re sure to find it among the Oakland real estate offerings we have here at Gitta Sells. More than 50 builders are currently developing more than two hundred and sixty new communities. From starter homes to family houses to more upscale luxury residences, there are many beautiful homes for sale in Oakland. 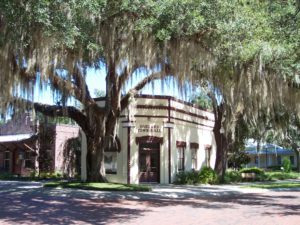 Originally located on the southern shore of Lake Apopka, Oakland has now spread to the shores of John’s Lake. It was rooted in railroads and agriculture, with a busy commercial downtown and shipping docks. Oranges were shipped across the lake to the northern communities until the Orange Belt Railway came through in 1886. Two more railroads followed and the town’s population grew. There was a hotel, telegraph office, hospital, stores and an opera house but the Golden Age came to an end when the freezes of the 1880s killed the citrus industry and a devastating fire swept through the town a few years later destroying the entire business district.

Oakland’s growth in recent years has paralleled the increase in wealth throughout the community. The median household income was just under $98,000 in 2015 and has almost doubled since the year 2000 according to American Community Survey data, although the approximately 7 percent of the population living below the poverty line remained the same. The median home price is in the low $300’s. Oakland, Florida real estate features a wide range of housing to meet every need. The City of Oakland Park Department of Parks and Leisure Services operates a quality parks system providing both organized sport and leisure opportunities and there is, of course, Americas Got Soccer, Florida’s largest indoor soccer facility which features state-of-the art turf soccer fields.

The Oakland end of the West Orange Trail is at Killarney Station, where bicycles can be rented. The trail, perfect for walkers, joggers, bikers, skaters and horseback riders, is twenty-two miles long and follows a one-time railroad from Killarney Station to Apopka Station. The Oakland Nature Preserve is 130 acres of wetlands and uplands owned by the town and developed and operated by Oakland Nature Preserve Inc. which provides many formal and informal programs, field trips and guided tours, and is also open free to the public for nature walks, self guided tours, and bird watching.

Speer Park has amenities from picnic tables to barbecue grills and a children’s playground, as well as basketball and tennis courts – all under the shade of the oak trees the town is famed for. The park is the venue for the Heritage Day Festival and other community events.

All in all, Oakland is very family-oriented – a wonderful place to raise children and, for shopping, dining, and entertainment, Winter Garden Village is only six miles away. Oakland schools operate under Orange County Public Schools and include Tildenville Elementary, Lakeview Middle and West Orange High. The town government operates a charter school which has more than 500 students.

Oakland is a great town for kids because there’s so much for them to do. Take a look at the wide range of Oakland real estate and you’re certain to find one that you and your family will love.

Let us help you find your perfect dream home in Oakland today!

Homes For Sale In Oakland, FL