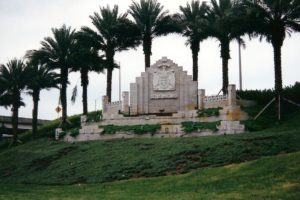 From birders to film buffs, there’s something to excite everybody about living in Maitland, an Orlando suburb that has a National Historic Landmark art center.

Maitland is one of the oldest suburban municipalities in central Florida. It’s named after Fort Maitland, a fort built on the shore of Lake Fumecheliga, which later became Lake Maitland, in 1838 during the Second Seminole War. It remained a rural area right up until the 1930s. After the railroad from Jacksonville was completed in 1880, Maitland’s citrus industry developed which lasted until the 1890s, when severe weather killed the trees and the grove owners departed. Wealthy visitors continued to winter in the grand hotels, such as Park House, that were built to attract them. Later the citrus industry rebounded, other industries developed, roads were paved and new residential areas were built.

During the 1960s workers in the nearby burgeoning aerospace industry organizations and associated businesses discovered Maitland as a place to live and more neighborhoods were born. Steady growth has continued since then. Older residences can still to be seen in the center of the city and the Lake Lily and Lake Catherine areas. 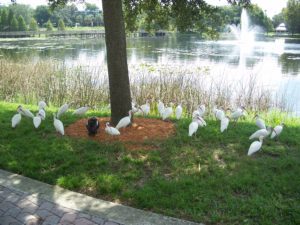 Located in Orange County, bordering Seminole County, and just five miles from downtown Orlando, Maitland is a city of twenty-one lakes. Outdoor activities attract hikers and bikers, and birders. The many species of birds in the area attracted attention even back in 1900 when Mrs. Louis F. Dommerich, wife of one of Maitland’s pioneers, established the Florida Auduban Society there. Today, the Audubon Center for Birds exemplifies Maitland’s birding heritage.

Maitland is not only home to commuters working in Orlando or east coast space/defense related jobs. It’s primarily a work destination. The Maitland Center houses more than four hundred businesses. Worldwide Brands is headquartered in Maitland, as is EA Tiburon, and financial giants, Fidelity Integrated and Charles Schwab have large branch offices. The daytime population, in fact, swells from a residential base of 17,500 to more than 42,000. The city is on the SunRail, providing convenience for commuters both in and out of the area.

Household income hovers around $70,000, the two elementary, one middle and one high school all rate well and Maitland is not just for birders and outdoor enthusiasts – there’s lots of culture, too. Area History is celebrated in the Maitland Telephone Museum; the William H. Waterhouse House Museum, the Carpentry Shop Museum, and in the Maitland Historical Museum next door to the Maitland Art Center. The Enzian Theater, Central Florida’s only single screen art house, is home to the Florida Film Festival.

An exciting new development plan is in the works to ensure that Maitland maintains economic competence in changing market conditions of the area and continues to attract families, whether film buffs, birders or those just looking for a great place to live, work and play.

If you’re looking for your dream home, you might want to check out some of the Maitland real estate we have for sale. You’ve definitely come to the right place!

Homes For Sale In Maitland