Looking for Apopka real estate? We have you covered!

Named as the ‘potato eating place’ and founded on the remains of a Seminole village, Apopka became known as the ‘Indoor Foliage Capital of the World’. 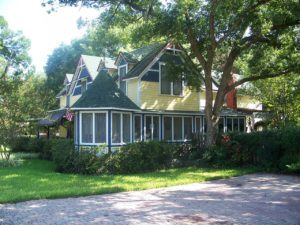 Orange County’s second-largest city is home to the many rows of greenhouses and family-owned nurseries that gave Apopka its identity as the Indoor Foliage Capital of the World. A large indoor garden filled with spathiphyllum and other locally grown houseplants dominates Apopka City Hall, a metal sculpture depicts a potted fern and a stone monument honors Harry Ustler and W.P. Newell, once the patriarchs of the industry. The orchid farms and foliage nurseries in the north end are not, however, as plentiful as they used to be and much of the area has been developed for residential, commercial and business uses.

Located on the north-western shore of Lake Apopka, the City of Apopka offers a vibrant, community-minded lifestyle to families, singles and people looking to retire in convenient surroundings. Apopka’s diverse fast growing population numbers some 46,000 and has almost doubled in the last twenty years. There are many great Apopka real estate options available, as the homes for sale include detached, townhouses and apartments. The median home value is under $200,000.

The name Apopka is derived from the Seminole word Ahapopka, meaning “potato eating place.” It was originally a Seminole settlement which was dispersed after the Second Seminole War, and early American settlers built a trading center on the foundations. The Masonic Lodge built in 1859 became the central point of the community which was known as The Lodge until the City of Apopka was incorporated in 1882.

The Museum of the Apopkans depicts the history of Apopka and Northwest Orange County. It was developed and is run by the Apopka Historical Society, which has also obtained historical status to many locations in the community including the Apopka Seaboard Air Line Railway Depot, which originally served the Tavares, Orlando, and Gulf Railroad, and the Ryan Lumber Yard.

Diverse family recreation opportunities abound at Alonzo Williams’ Park, a neighborhood community center with soccer, football and softball fields, basketball courts and a playground. Other organized sports are available at the Apopka Athletic Complex and Edwards Field. And for picnics, or simply unwinding surrounded by nature’s beauty, there’s Dream Lake Park on beautiful Dream Lake. Apopka even has a dog park. Doctors’ Dog Park has water fountains, a pet shower, benches, a pet memorial bridge and, plenty of room for your best friend to frolic and play. 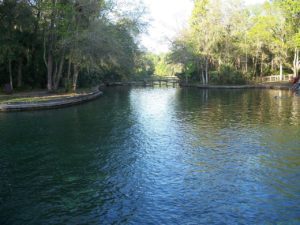 For outdoor enthusiasts, there’s canoeing and kayaking on the Wekiwa River, complete with equipment rental facilities. For alligator-spotting, fishing and generally viewing natural beauty and wildlife, Lake Apopka is the place to go – there’s even a drivable nature trail. The Lake Apopka Wildlife Drive is an unpaved, one-way path offering motorists views of the marshes that have a worldwide reputation as a natural wildlife attraction. The 14,000-acre Rock Springs Run State Reserve just three miles west of the Wekiva River bridge on State Road 46 provides you with all the kayaking, hiking, camping and hunting you can wish for. And the twenty-two mile long multi-use West Orange Trail passes through downtown Apopka.

While you may not be into foliage or potatoes, Apopka’s quality shopping, restaurants and recreation opportunities make it a really is a great place to live, so start looking at the quality homes for sale today!

Let us help you find your perfect slice of Apopka real estate!

Homes For Sale In Apopka